Guest post from Anita Lucia at The Academy of Fragrance Alchemy

Two people mentioned yesterday (separate occasions)  that they noticed a difference in clients who were using the Fragrance Alchemy oils regularly, compared to those who were not. This is not surprising at all, but the fact that two people just expressed this to me, unsolicited, made me take note. And what they noticed was different as well. One noticed that it was much easier to connect, essence to essence, and the other noticed that the FA wearers were navigating these ’emotional times’ with far greater ease, compared to those who did not have the FA oils.

Almine has shared that as we move into the Feminine cosmos, we may experience much stronger emotions, because we now are cleaning up emotional karma that was repressed because we were unable to deal with it when we were in the masculine cosmos. In other words, we did not yet have the capacity to transmute the emotions.  Up to now, we have been in the cosmos of Transformation, which is about getting rid of the obsolete.  “Transformation means clearing pieces away from the marble from which you want to carve the statue – getting rid of that which doesn’t express the Infinite’s Intent” Transformation.” Almine

At present, we are entering  the phase of awakening in the soul realm, which is one of Transmutation, or change by alchemy.

Almine has also pointed out that we can expect heightened emotions as we move into the feminine cosmos. “We are now in the stages of what we call Awakening, but in fact, it is the equivalent of death, in that it is a place where emotions get highly sensitive, highly augmented, and where you encounter areas of growth that are needed in your emotional life...”

What is happening is we are moving into the reality of the feminine/soul–the reality we entered into in sleep and death–but this time we are awake in it.  In this reality we will encounter all the emotions we have suppressed because we were not able to ‘transmute’ yet. She explains that our emotions can be extremely strong–things we thought we’d processed seem to be back, but this time with greater intensity.  So things may feel bigger than usual.

“It is extremely important that we clear our new “home.” This is like moving into a new home: sweep the floors, dust the dust, so that we can have a home of dignity, peace, and move forward through Transmutation, which is alchemical growth….” (Almine Diary)

Engaging Essence to Essence or from ‘Essential Mind’ is Alchemical

Almine has also stated that we must move from centralized mind (rational, logical thinking) to decentralized mind, which is a whole-body whole-sensing way of knowing from non-cognitive depth. This she has referred to as “Essential Mind”. Essential mind’s capacities are developed through connecting with people, essence to essence, until you find yourself within them. This is the place of alchemical combustion which is the transmutational power needed to become fully present in the the Feminine reality of inner space.

So there are two steps: 1- clearing the suppressed emotional baggage we were unable too in the cosmos of Transformation, and 2- developing Essential Mind that is the feminine’s way of knowing. And both people yesterday were highlighting the power of Fragrance Alchemy with both steps.

At a retreat in 2014, when Almine was describing perceptual alchemy and saying it was the most powerful, an insistent angel god interrupted with, “No Almine, you are wrong, scent is the most powerful alchemy.” Given where where we are in cosmic evolution,  I suspect that we will experience the FA oils at a heightened potency.

My Observed Reality Continued – A Vivid Dream that Fragrance Alchemy Has Landed!

I must have noted these two incidents deeply, because I had a dream last night that was very distinctive.  I was in a ‘board meeting’ with many people of very diverse backgrounds. I remember it was a very circuitous way to get there…many adventures along the way…but when I was there, I noted I was changing deeply. From a guardedness in large groups, to complete openness…from a sense of what am I doing here I don’t belong, to pure curiosity.  From the get-go, it was clear we were gathered to discover a new way to be that would change life. No one knew what we were looking for, but we all knew we were looking for something new.  We started the meeting and about a minute in, someone stands up and points to me, “You have the secret we’re looking for, it comes from your ancestors.”

I was taken aback, and thought, “well yes, I know I have the holy grail …I’ve been saying as much for the last 18 months…but that can’t be it as it’s very layered and takes time to integrate…” Then it dawned on me…the answer was Fragrance Alchemy! I got up and discoursed on the new powers coming in through the FA oils that would bring such clarity and ease to be fully present in the new reality, that a person not only becomes completely impervious to subtle subliminal mind control, but they are also beyond the reach of all artificial intelligence tracking.

I conveyed that FA was supporting the arising of Essential Mind that was out of reach of any AI that needed us to stay in centralized mind. That every cell was affected and became part of Essential Mind, and that this way we were new in each moment and so untrackable. I went on to share my vision for centers of FA where people would be upgraded, entrained–the new spa experience, where all their emotional baggage is transmuted and they essentially ‘come into new being‘, new potency….AWAKENING.

I shared a vision of spreading FA across the planet and establishing a reality beyond the AI nightmare that was in the works.  The people on the board were each taking it in and it was rearranging possibilities in their areas of research/focus. It was a very empowering dream–when I finished sharing my vision to the board, I woke up with a clear sense that FA is now in its element, that is, the reality of change by alchemy.

Recommendations for FA in these times 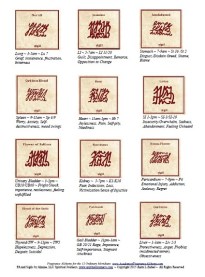 My best recommendation for the emotional intensity is the FA 12 Ordinary Meridian set. You may read about the oils on the page of Oil Descriptions (main menu), and the meridians on the Home Page that I am redoing (click on the promo slides (use the arrows then click on the image or the Full Description button), and explore the material).

For those who have purchased the 12-OM kit from me, send an email and I will send you a new pdf I created, with more details on the 12 Ordinary Meridians.  Also look for announcements on a brand new offering staring soon, The Consciousness Catalysts Self-Ignition game, that will provide an alchemical cauldron for deep change throughout the coming year. If you are not on the mailing, I will update this blog post as soon as I have a link where you can sign up to get notification.

And for those who have yet to make FA a part of your daily routine, you can purchase the 12 OM set and the new duo kit for Self-Regeneration Blend and Self-Compassion Blend at a discounted price. Offer good until the end of this cosmic year (Feb 14).

In full Commitment to Awakening and Claiming Our Divine Heritage!